By day Lauren Campbell is an English teacher at a secondary school in west London.
However, when she returns home, she continues with her passion for words by writing country songs – and her devotion to her craft has finally paid off.

Lauren recently peaked at no 2 in the iTunes UK country chart with the single Best Worst Habit by star Danny McMahon who co-wrote the tune with her.

The singer/songwriter from Bristol was crowned UK Country Artist of the Year in 2019 and has had a string of hits.

Lauren, 23, works at Rivers Academy West London and said she hopes her success encourages her students to believe in their dreams and realise the power of persistence and resilience. Her achievement is all the more impressive given she does not play an instrument and is the first to admit that she cannot sing. 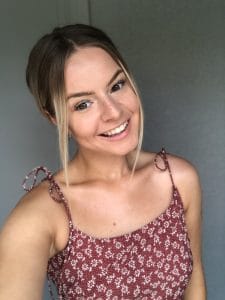 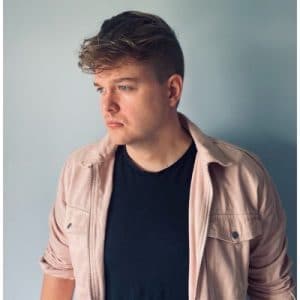 A delighted Lauren said the song was inspired by a friend’s break-up: ‘’I’m thrilled with how well the song has done. I’ve always wanted to be a teacher but I’ve also always enjoyed songwriting.

‘’The main inspiration behind Best Worst Habit actually came from a phrase that I heard a friend say in conversation. So a friend of mine was going through a break up and we were all sat there, huddled around a tub of Ben & Jerry’s, offering some bad life advice and a friend of mine said: ‘’You’re not in love with her anymore. She’s just a habit’’ and as soon as I heard that my brain instantly thought it had the potential to be a song title.

‘’Later that day I was doing the washing up, scrubbing a pan and I came up with a melody, a hook and the phrase Best Worst Habit came to mind. I took the quote that a friend came out with and thought what does it really mean, what’s the story behind it.

‘’Later that day I sat down, wrote the song and recorded it on my voice notes and sent it to Danny. He loved it and took it to a whole new level with the instrumentals he wrote for it.’’

Lauren’s accomplishment is all the more meaningful given the obstacles she had to
overcome. Her journey, which started three years ago, saw her craft a letter, touting her songwriting skills, which she sent to 60 to 70 people a day including song producers and managers – anyone she thought could help her.

She said: ‘’I would send my messages before I went to bed in the hope that when I woke up someone would have replied. I do remember thinking, ‘You can’t sing or play an instrument – what are you doing?’

A number of weeks passed before her persistence paid off and Danny replied to her email to let her know he liked her lyrics and could see her potential.

Over a period of almost two years, Lauren sent him a number of examples of her work and appreciated him taking the time to provide his feedback so that she could hone her skills.

Lauren finally hit the jackpot with Best Worst Habit and Danny also has another song she has written called Sounds Like You which he plans to record.
Lauren said she hopes her story will motivate her students to strive for their goals. She said: ‘’I want them to see the power of persistence and resilience. A lot of my family and friends didn’t realise how good I am until now.

‘’Hopefully my story will inspire the kids I teach.’’

10 tips every new teacher should know: NQT team share their best advice for success in the classroom

For most, teaching isn’t just a job – it’s a passion. Playing a part in a young person’s educational journey brings great responsibility, but also…

Helping children adjust to school post-lockdown has been a priority for teachers across the country. However at Rivers Academy West London, the close proximity of…

Staff at Rivers Academy West London have used the transition period for new Year 7’s to build a foundation for learning, by devising a ‘Transition…