17 June 2020 Could these ‘recyclodroids’ tackle global warming? Pupils reveal the efforts of their No Limits lockdown project

Year 7 students at Rivers Academy West London have been creating ‘Recyclodroids’ out of household rubbish and recycling.

The aim of the technology project was to find inventive ways of using household rubbish to create robots to tackle hypothetical scenarios involving pollution or global warming. In doing so, they combine skills from subjects including geography, art and design and the sciences.

The task was part of the final product of the ‘No Limits’ assignment titled Tomorrow’s World, and was an innovative solution to having to end the project whilst the school has been closed due to the lockdown.

This has meant that Year 7 students at Rivers Academy have remained engaged and have had an active response to the work set, thanks to the inspiring ‘No Limits’ assignment set through Applied Transdisciplinary Learning (ATL).

ATL refers to the incorporation of a combination of subjects inside one assignment, resulting in a final product that can be showcased in school.

A key principle behind the No Limits curriculum is being able to work collaboratively with an emphasis on problem-solving in a real-world context, and the adaptations that have been made due to the lockdown is an example of overcoming unexpected problems. 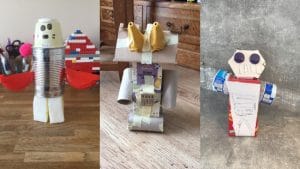 Prerna Patel, Lead Practitioner and No Limits Curriculum Lead at Rivers Academy, has said that the nature of ATL has meant that it can be successfully delivered, even during a period of remote learning.

She said: “We are looking at a topic from different points of view.

“We look at the historical elements of things, the geographical impact, the scientific nature, the ethical response to a topic.

“When you study a topic in this way, you begin to get a better understanding of how all of your school subjects fit together.”

Ordinarily, students have an allocated eight hours per week dedicated to ‘No Limits’ work, as part of the varied curriculum offered at Rivers Academy, comprised of a combination of ATL and CORE learning covered in single discipline subjects.

The weeks of learning results in an end product of some form, and incorporates the academic research with the implementation of 21st century skills.

As the United Kingdom went into lockdown in March, Year 7 pupils were covering a project on technology; but due to the school closing, the students were unable to complete the end product.

Instead, the staff and students had to get creative.

Ms Patel said: “The children tackled ideas like global warming and pollution with their innovative recyclodroids.

“We gave them hands-on, creative work rather than a constant flow of academic work. ATL is all about that – bringing creativity into the students’ learning.”

To provide an insight of how ATL can be successfully implemented during lockdown, Prerna explains the format of the next No Limits project, titled Sport of the Day.

“We will be looking at the history of sport, identifying Jesse Owens, for example, and keeping it relevant by relating that back to current events taking place in the United States.

“Then we will assess it from a geographical standpoint, encouraging Year 7 to understand the impact that local sport can have on a community, with a particular focus on the legacy of the London 2012 Olympics and the ways that it transformed Stratford.

“Then we will cover the topic in a PSHE format, assessing stages of obesity and the impact of performance-enhancing drugs and controversies like that.

The multi-discipline curriculum is guided by teachers who specialise in each of those subjects, so that the content is what is covered in the national curriculum, whilst also enhancing it by making the learning varied and thought-provoking. 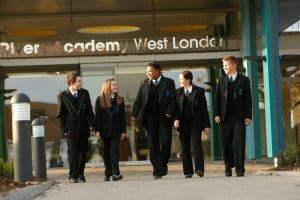 The final product of this assignment is to make a pitch to the Olympic Committee to introduce a new sport to the Olympic Games in 2024, which has been adapted due to lockdown by students recording their pitches and sending it in to their teachers, which will showcase their knowledge, whilst also developing their speaking and listening skills.

It is in these adaptations that prove the value of the style of learning that No Limits and ATL represent, as it creates independent and creative thinkers can overcome problems.

Prerna highlighted: “This shows us why, in today’s world, ATL is so important. As ATL is all about looking for problems to solve.

“This generation of children are going to be the problem-solvers of the future, so it is really important to keep the content relevant and apply it to real-life, which keeps them engaged.

“The key is to tell them why they are learning things, and how it is connected to these real-life examples of what is going on in this day and age” she added.